Looking at Implications of Removal and Addition of Matter

The Act of excavation involves a tool, substrate and digging agent(s). I’m interested in distributing this agency and allowing the tool and geology to form an intimacy rather than a relationship of control.

The Isle of Portland is a site of vanishing physicality. It’s made of a stratified geology; Purbeck beds, Portland stone, Portland sand and Kimmeridge clay. It has been subject to a vast excavation operation for centuries. The project uses it as a test bed to explore a methodology embodying a symbiotic construction logic. The site and its heterogenous materiality, are placed in a wider temporal context than architecture usually deals with through the construction of a tectonic simulation machine which provokes shifts in the landscape which would occur over millenia. On it sits a 1:500 Portland Stone cliff on a body of clay.

The project has attempted to play out some of these construction logics by testing encounters between additive matter, consolidating matter and the mould they enter. The first were simple accretions made using found objects with a single homogenous substrate. These progressed to a series of fossils made from an original carved ‘bone’. Agency is distributed by using a more heterogenous geology with moulds of sand, clay and iron filings. They are subjected to external catalysts such as heat and pressure.

A variety of digging agents are involved to create the moulds on the simulation site, each with their own capacities and tendencies. There are rubber tools with different degrees of flexibility and rigidity and they are wielded by a robotic arm which has its own benefits of precision and repeatability, but constraints with payload capacity.

The feedback process between real-life robotic excavation and computer simulation of toolpaths is facilitated using photogrammetry to be able to assess the mutability of the site in the digital realm.

The project moves from the research realm into the propositional through the design of a tool-architecture. This machine traverses the landscape of Portland removing clay and sandstone to use as mould material in its portable forge, and removes huge sections of Portland Stone. These are intervened by robot arms and some are returned to the cliff as new humanised geologies which form new relationships in deep time with the strata around them. Others are used as “feet” to thrust itself itself forward and are left distributed as a testament to its presence.

The machine components encapsulate some of the material lessons learnt through the previous research, and it speculates on how an architecture aware of its geological agency might operate in a deep time context. 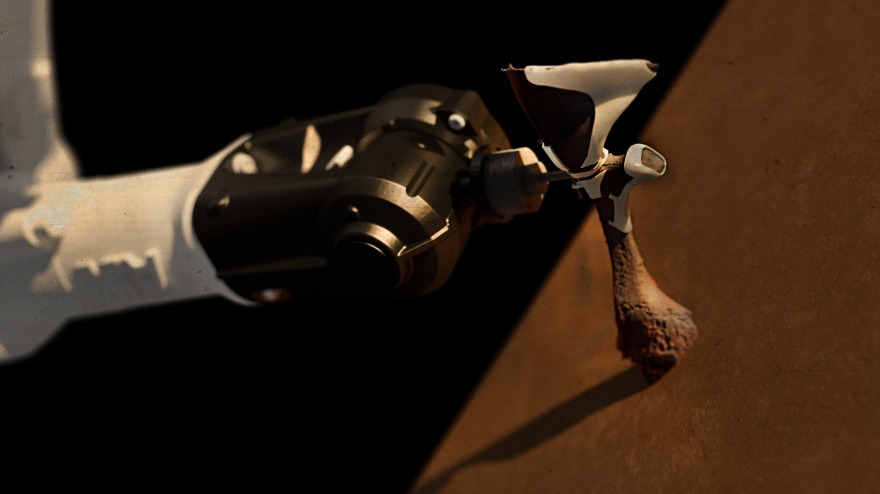 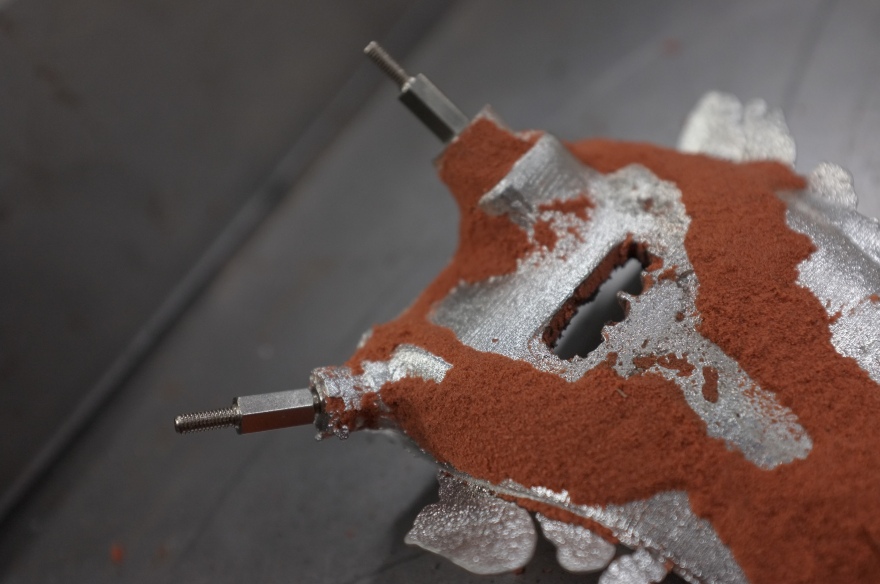 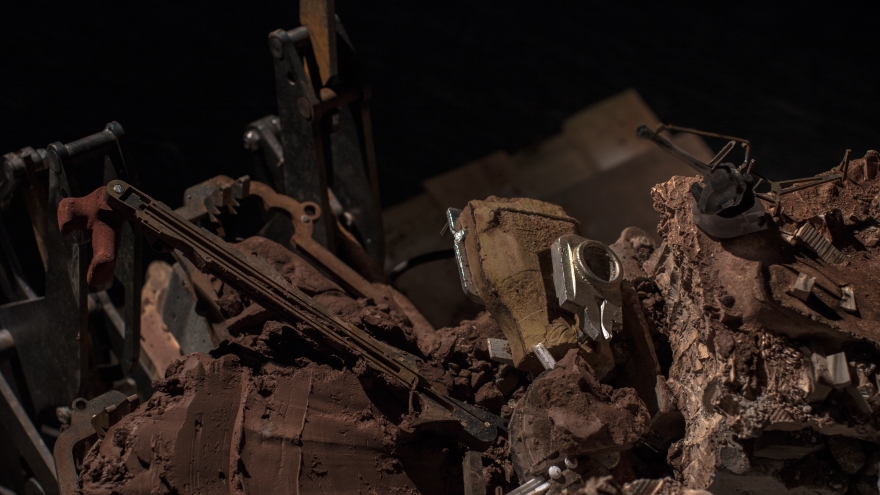